You Make It So Hard by MR.Slade

This song is a mixture of 80’s rock style, electro, disco, and metal styles that are energizing and can bring you the feeling of Friday night rolling every day. “You Make it So Hard” by Mr. Slade is a mixed genre song that will cheer you up even on the most boring day.

Mr. Slade, or formally Austin Sher, is an artist from Toronto, Canada. Inspired by Blondie, ACDC, and Scissor Sisters, Mr. Slade creates Rock/ Metal/ Industrial/ Alternative Rock genre music. The specialty of this artist is that he is mixing unusual genres to create cheerful but attractive music in his own 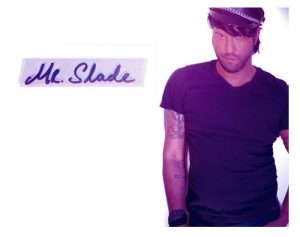 unique style. “You Make it So Hard” is a perfect example of his versatility. Mr. Slade says, “My goal was to create music that was fun and high energy but also aggressive, inspired mainly by music from the 80s and 90s; I wanted to take elements from that era and give it a more updated interpretation.” He has released just four singles to the world so far, and we are in love with them.

Crunchy guitar parts, ripping bass lines, and distinctive vocals impresses the listener from the very beginning of “You Make it So Hard”. It filled with 80’s and 90’s rock music with electronic punk and a little bit of disco and metal styles all in one song that created a perfect piece of music to burn your calories by dancing hard. Call it Metal disco or Industrial dance or Groove-core, whatever you call it, and it fits with anyone who craves cheerful music.