Rawiri James’ work ethic is difficult to compare to anyone else in independent hip hop/RnB right now. His latest release is a single that hits hard and with remarkable effect, displaying Rawiri James at his peak passionately and engaged inside a tale that stays true to the music’s extreme and gritty mood.

For the previous few years, he has worked as a music artist, actor, and writer. He had previously been a heavy drinker and addict. Before that, he grew up in New Zealand and London to the soundtracks of the 1990s and 2000s and R&B. The sum of all of this is his debut solo album, Lost Boy.

Rawiri James was impressed with how things turned out for an independent artist on his first try. As the first single, he released the somber mid-tempo ‘Bottle Down,’ which was followed by his own personal theme song, ‘Trip The Alarm,’ which eventually hit a slew of R&B iTunes charts, including #1 in South Africa.

“Voices,” a standout track off Rawiri James’ new album, is a song that gets off to a strong start and continues to build in a refreshing way throughout the song’s duration. It goes on for a little longer than four minutes.

A variety of melody and beat repetitions are used to produce something that is structurally intentional while also remaining rhythmically mesmerizing and connected enough to captivate the listener completely.

The creative life takes paths as erratic as the artist’s own storytelling ability, and the track Voices perfectly depicts that unpredictable nature. Rawiri James performs with assurance and determination, infusing the track with pace and grit, but never to the point where it reduces the overall fluidity of the music.

Actually, there’s a great deal of interest in that process – the art that appears to emerge out of nowhere, unexpected and unintentional; spontaneity lends the work an appealing level of genuineness that, in this case, helps the underlying subject connect more genuinely and memorably. 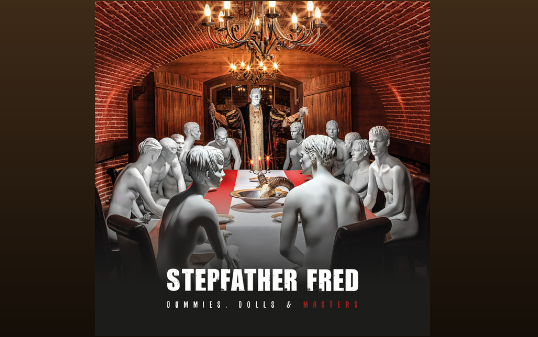 Have a Good Time by Stepfather Fred