The Devil Might Ruse – The Attic by Robert Attard

“The Devil Might Ruse” is a music project spearheaded by guitarist/visual artist Robert Attard. Robert Attard’s latest offering is a passionate,  Alternative Rock fusion, with an addictive hook and a powerful message. This artist presents listeners with an undeniably memorable melody, from verse to pre-chorus to chorus – everything leaves its mark, and the leading vocal carries each moment flawlessly.

The soundscape is not the first thing to emerge, the solo spoken word performance steps out into the spotlight initially. The language used, if it’s not your mother tongue, doesn’t disrupt the experience – the emotional intensity of the performance, the tone of voice, the eerie atmospheric audio that follows, all leads your mind in a certain direction, and perhaps in a more powerful way than the simple portrayal of ideas via lyrics would.

The lyrics are simple but effective, the imagery is powerful as it conjures up certain emotions that tie in well with the concept. The verses express the issues, and the hook expresses one of the only currently accessible solutions. As the song develops, the drive for change increases in presence and intensity, and the music reinforces all of this really well. The artist offers another wonderful voice in an ever important and, hopefully, growing ocean of hope and positive influence. Well worth supporting.

The open nature of the lyrics works well in bringing together more and more people who are likely to be able to relate to the words and the issues raised throughout. It’s an effective way to write a rock song, and it contrasts with the issue of excluding or ignoring people by doing the very opposite – there’s a sense of togetherness, of everyone being welcome to join the fight. The fight being for equality, the song being a force for good; a drive for positivity and understanding.

The music is great, the artist brings a good level of energy, and as mentioned – the passion is consistent throughout, in both the vocal performance and in the build up of the music. The instrumentation is stylish and skillful – every riff, every added sound, every moment the beat brings about.

The music builds and falls away in a very minimal manner, enough so to keep things interesting. Each vocal part too, well placed and appropriately expressed as these changes occur – though not so much so that the very essence of rock and these overall vibes is lost. Far from it. The nostalgia is there for those who seek it, but everything else is new – the indie delivery, the lyricism, the vocal tone; the new sense of character is likely to appeal to any number of listeners. The opening piano part is also a really enjoyable addition to the mix, creative and powerful, very memorable. Well worth checking out. 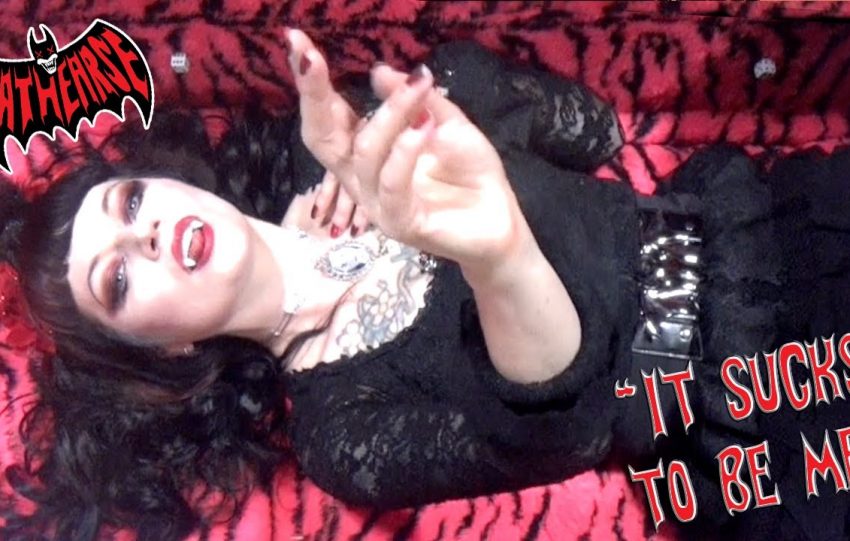 It Sucks To Be Me by Bat Hearse