Tell Me You Love Me by Nella Cole

Nella Cole’s “Tell Me You Love Me” is a bright and confident introduction to the artist’s talent and writing. It’s a daring and fascinating tune that oozes genuine self-belief and an energizing energy level – likely to do wonders for people who need to hear something uplifting right now.

Born Nicole Medoro, the Staten Island, NY native, is a triple threat singer, dancer, and actor shaping her own spot in the entertainment game. Her New York hustle has earned her a remarkable resume to impress any industry veteran.

As an actor, Nella Cole recently worked with Natalie Portman in the feature film “Vox Lux” and made her off-Broadway debut in the anticipated show “This Ain’t No Disco.” She can also be seen on season 3 of “The Last OG,” starring Tracy Morgan, portraying an NBA cheerleader.

She has appeared on SNL, The Tonight Show, Last Week Tonight with John Oliver, and on E! and Nickelodeon networks. She is currently a part of the ensemble cast for the National Tour of Pretty Woman – The Musical.

“Tell Me You Love Me” is a single that combines a passionate and multi-layered backdrop with a confident and rhythmic leading vocal performance that draws inspiration from pop legends of the past. The sound is massive, and the excitement rises as the ambiance blends a variety of riffs from the bottom to the top, creating something colorful and uplifting.

The soundscape is nicely designed here. This easy listening atmosphere combines a touch of modern dance music with a soft swing from a simpler time. On top of it, though, is where the strength and passion genuinely show. Throughout the album, Nella Cole delivers a fantastic vocal performance.

This extends from the highly mild initial moments and those nearly whispered admissions of intimate struggle and emotional tumult to the more demanding, striking, louder times and those that take the form of a smooth and reasonably perfect stream of falsetto.

The music is skillfully and deliberately crafted, and the ending fits the mood well. Nella Cole, as a creative, has enormous aspirations within and around her own journey. Thus, her desire and natural affinity for the arts will shine brighter as time passes. 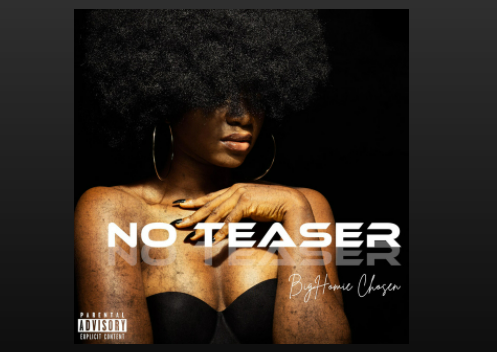 No Teaser by BigHomie Chosen