Popcypher, who leads with artistry, melody, and intention, contributes something very new to the contemporary hip hop and alternative pop landscape.

Dance Tonight, from the album Rising, is an obvious favorite. Melodic and gritty, rhythmically on point, creatively innovative – the style is so full of character and professionalism that it draws attention while satisfying the simple urge to hear comforting, familiar threads of tune and musicianship.

Popcypher is a Canadian artist based in Montreal who blends pop, hip-hop, and lo-fi styles in his music. He is committed to celebrating positive pop culture, and his debut album, Rising, reflects this commitment. The album explores the rise of artificial intelligence, and Popcypher’s collaborations with writers, singers, and producers bring his songs to life. His music has been praised for its upbeat and inspiring sound, and he continues to tour and release new music. Some of his biggest inspirations include Ed Sheeran, The Weeknd, Justin Bieber, Glass Animals, and David Guetta. Popcypher’s achievements as an artist include his debut album, Rising, which has been well-received by fans and critics alike. He continues to tour and release new music, and he is an artist to watch in the coming years.

Dance Tonight is the opening track on Popcypher’s debut album, Rising, and it sets the tone for the rest of the album. Popcypher brings this song by collaborating with Antonia Marquee, an upcoming female singer. The song is an uptempo, catchy pop track with a message of positivity and hope. The lyrics are uplifting and inspiring, and the production is top-notch. The song is a perfect example of Popcypher’s style, and it is sure to get your feet moving.

If you’re looking for something new and different in the world of hip hop and pop, look no further than Popcypher. His unique style and positive message are sure to inspire and uplift you. 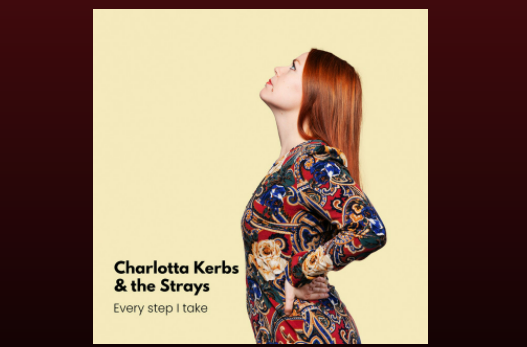 Every Step I Take by Charlotta Kerbs & the Strays