Scorcha and Booty Call is initially compressed into a side-chaining pattern that guarantees it’s a pulsing, breathing, living mix, and it has some supremely laid-back vocals from Xilax that complement the summery synths extremely well. It’s easy to see Xilax lying next to the microphone to deliver them.

Xilax is a rapper who was born in Chicoutimi, Quebec, of mixed color. His father died when he was just six months old, leaving his mother struggling alone. However, she had the aid of Xilax’s grandfather and godfather. Now an independent rapper, singer, composer, cameraman, photographer, and marketing consultant, Xilax continues putting out new music. Xilax went viral on Instagram with a 2Pac reaction video. He has also released multiple songs that have been streamed over 30,000 times on different platforms. In total, he has amassed over 500,000 streams and 400,000 views on his YouTube channel.

While he is inspired by American rappers such as Kobe, Master P, Kxng Crook, and Hopsin, he has maintained his unique vibe.

There’s a lot of excellent rapping here, some of it smooth and well-synchronized (and sometimes skillfully double-tracked), but it never feels like it’s overdoing things. There’s also an extended instrumental part with something that sounds like a vocoder, and it’s used in a way that’s not too irritating.

Clocking in at a little over 3 minutes,  Scorcha and Booty Call is an entertaining, catchy song that’s perfect for summertime listening. It’s one of those tracks that will have you hitting the repeat button multiple times.

If you’re a fan of rap music or just looking for something new to add to your summer playlist, be sure to check out Scorcha and Booty Call by Xilax. 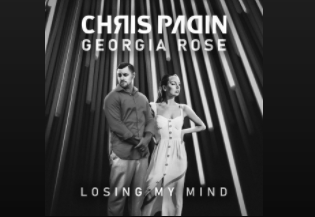