Me and My Niggaz by Slum Brothers

Me and My Niggaz, the latest release from Slum Brothers’ gritty and fast-paced corner, more than stands up to the high bar implied by its name, showing the perfect contemporary sound design and high-octane vocals cleanly mixed for impact throughout.

Me and My Niggaz, which begins with an instantly rhythmic beat and backdrop, combines classic notes for melody with the modern fury of bass and trap beats combined.

Meanwhile, the rap delivers a steady stream of bars, impressive, then impossibly quick and yet brilliant in the second half.

Reggie Reg, also known as Slum Brothers, is a NewYork based artist group that creates hip hop and rap-based music. The Slum Brothers are hip hop’s most sought-after underground hip hop trio. The members of the group included mc. Reggie Reg aka (Reginald Dempsey) from the Bronx, NY, and Kool Joe aka (Joseph Fryson) from Jamaica Queens. The 22-year-olds began putting the concept of hip hop dominance together in 1992, dropping solo and legendary hip hop tunes nonstop.

The Slum Brothers were a household name, and burgeoning hip hop enthusiasts regarded them as the only hip hop band doing actual hip hop. Reggie Reg discovered that his long-term manager had stolen thousands of dollars and had even handed over all publishing rights to himself. The popularity of Kool Joe’s albums was also increasing! With the success of his hits (*FOOLS PARADISE) and (THE QUESTION MARK), the finest hip hop album of the 1990s was taken from record shop shelves due to a few unapproved samples. Kool Joe’s album was completed but never released; regrettably, he died unexpectedly, and Reggie Reg departed the game, packing up his talents and leaving fans eager for more Slum Brothers music.

The unrelenting outpouring of Me and My Niggaz aptly reveals its own world with the utter presence and perfection of the bars and deliveries, naturally pulling you in for more than a single listen.

Worthy production is combined with subtle originality and a clear awareness of today’s hip-hop world and the ambient selections that isolated music listeners and profound thinkers tend to connect with. Me and My Niggaz is a creative song that reveals an artist who strikes a balance between what is extremely personal and what is a little more generic and broadly accessible. 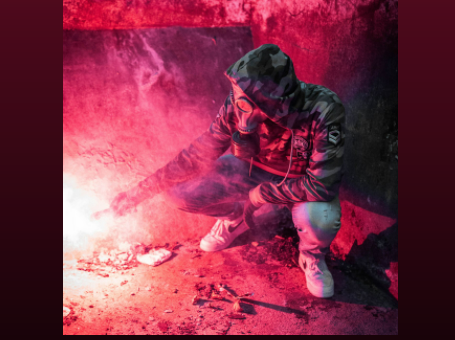 Damn Yo Momma Got Some Big Ass! by Def & Row