Level Up by Trigga T

Trigga T follows up his recent spate of new releases with a stunningly melodic and powerful tune named Level Up, which keeps the energy rolling and the passion strong.

Mr. Trigga T (468 Baby), Trigga T, the original Trigga T from the DMV, has been professionally rapping since 2011. While contracted to a German underground label, he recorded his first music video, “Everyday” (Fresh University). Trigga T has now established himself as a respected independent musician in his homeland as well as in other places around the world. The genuine Trigga T will pave the way and put 468 on the map with his poetic composition and story-telling music as a fully registered and copyrighted artist through BMI (Broadcast Music Incorporated).

Level Up begins with a hook, the beat is mellow, and the tone is cold from the start – upon this, the hook strikes with a subtle contemporary twang but a more noticeable level of heart and purpose. Following that, the verses include specifics and personal complexities that reveal a certain amount of authenticity and sensitivity. While Trigga T is never afraid to be deep and sincere in his music when it comes to thoughts and life, this specific album appears to be the most open and profound ever. It feels geared specifically at a significant another while also being genuinely caring.

Beautifully delicate and genuine sounding voices allow the underlying sentiments to connect in a realistic way, and the beat underneath truly helps build an almost trip-hop-like air that hammers home the meaning and honest intentions of the finished song. The whole thing works really well, a song for lovers with a trace of nostalgia but an overall sense of freshness—a good introduction to both Trigga T and Kalithugg.

The Way I See It By Sasi Shalom 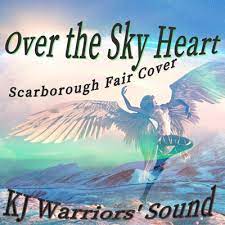 Over the Sky Heart(cover) by Junya Komori