Andrew De la Foix and Kiki Kyte pair vocals and light up the room with this nostalgic new Disco and Funk blend, “I Wanna Live Forever,” which features simple good vibes and engaging musicianship and a smooth, mellow disco rhythm.

Andrew de la Foix is a skilled programmer and engineer who is equally at home in electronic, acoustic, and orchestral musical environments. He was born in Rome and was introduced to music at a young age by a well-known record store owner.

Andrew de la Foix was at ease with a pair of Technics SL1200 at the age of twelve, and a few years later, he set up his own home recording studio. Over the last two decades, he has written and arranged songs ranging from dance to hip hop. As a huge fan of 1970s disco, we can hear the soul and funky atmosphere in his songs in a modern way.

“I Wanna Live Forever” showcases a refreshing vocal progression through the moments, bringing together the tones of a simpler time with the clarity and production of today. For that quality, there are unmistakable meanderings that adhere to a familiar structure and weave in the sense of freedom and character; the likes elevate the alternative Andrew De la Foix angle and sound.

“I Wanna Live Forever,” featuring sublime vocals from Kiki Kyte, expands its energizing grasp with humanity and instrumental melodies intertwined. The summer energy builds and builds. The increasing layers of bass and rhythm gradually but steadily create a dreamlike, euphoric space within which listeners can genuinely let go of their problems.

The new single features hints of influence from the worlds of Disco and Funk, and is produced in a delightfully nostalgic style. However, the vocal top-line and melody, as well as the specifics in detailing throughout the soundscape, all contribute to the formation of a distinct and defined sense of identity.

Musically flawless, energizing and bright, uplifting, and near-euphoric at its peak, “I Wanna Live Forever” stands tall on the capacity of its musicianship and Andrew De la Foix’s performance energy. We do, however, get the uplifting, revealing, and intimate lyrics, which connect with each revisit. 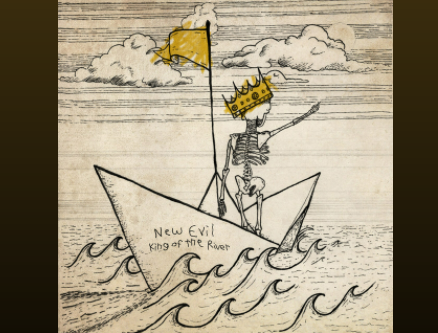 King of the River by NEW EViL