The implied basicness of the title and artwork lures you into what proves to be a tremendously creative, clever, and faultlessly rhythmic outpouring of poetry bars and refreshingly artistic melody in Flex Hyzer’s latest collaboration with Kevin Powers, “G.O.A.T.”

Flex Hyzer, born James Robert Wilke, is an American rapper, singer, songwriter, and record producer from Wisconsin. He mainly released music on Soundcloud until a year ago. And since then, Flex Hyzer has been working with a distributor to distribute his music across all platforms. He has over 30k monthly listeners on @spotify and over 1 million overall plays on his currently released songs.

Flex Hyzer kicks off the new season with vigor and hope, releasing the fresh new hip-hop rap crossover “G.O.A.T” and laying the groundwork for a huge year.

“G.O.A.T.” is a stylishly produced track that merges an elaborately designed backdrop with crystal-clear hip hop and dance elements with a rap rhythm and an addictive vocal lead from Flex Hyzer and Kevin Powers.

“G.O.A.T.” celebrates authenticity and style while also providing a compelling introduction to the artist’s biography. Dynamic stands out among a distinctly current mood that complements the moment’s sound, from appealing melodies to modern rap beats and gritty bars.

“G.O.A.T.” is theoretically complete once more, pulling you in for the long haul while simultaneously delivering a gorgeous, memorable hymn of a hit. This is instantly one of Flex Hyzer’s most stunning, addictive, and approachable tracks to date.

Ultimately, the sound is based on Flex Hyzer’s sincerity and tone. Despite this, there is a compelling plot, truths, and reflections woven throughout the landscape of the finished piece for genre enthusiasts to revisit and fall into.

The arrangement loops with its confident and inventive energy, making it catchy and unforgettable. The voice on top instills a strong sense of self-identity and leadership, which combines with the groove’s bounce to create a track that organically portrays its suggested topic — inspiring and encouraging listeners in the proper way.

Across the Ocean by “Junya Komori” of “KJ Warriors’ Sound” 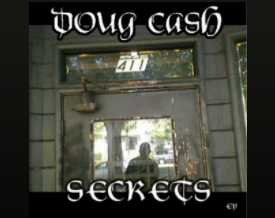