Popcypher’s track “For Real”brings a little bit of dreamlike ambiance and drives it along with some mellow yet confident pop with a touch of electronic, gradually adding in those hip-hop and r&b vibes. The backing track is really something. The beat is unusually light, the synth riff playing throughout the backdrop has a sound that is equal parts calming and slightly haunting. The artist’s leading voice on top of this has, as mentioned, a mellow presentation to it, but with enough off an up close and personal recording that you can pick out and appreciate the tone of her voice and the style of his flow. The whole song has quite a striking atmosphere to it, but for the most part it’s a low energy piece of music, the kind of track hip-hop fans could vibe to on a long journey or wind down to in the evening.

It appears to be the case that the song expresses exactly what the artists felt and intended to express with an awesome soundscape. What we receive as strangers discovering it, is something hugely emotional and raw and real – whether our minds wander to the same place or not is unknown, but the feeling is strong, and that’s where the genuine power lies. The hook section of this song almost hides itself within the music, but it somehow grabs you nonetheless – it’s not a significant change in melody, there’s just something about those two lines that hit hard.

It really goes without saying that “For Real” is a stunning piece of music. It makes your mind wander, it alters your perspective entirely, in a very gritty and honest sort of way – and quite cleverly, as mentioned, in a moment it all appears to be over, and you really feel that when the song ends; it really sinks in. It’s an amazing effect.

It’s the musicality of the whole, complete piece that is making it stand out. But there’s also so much clarity in the voices, and so much that you can pick out and listen to, that to adventure further into Popcypher’s catalog of music – to explore the sound and the artist’s character a little further – is likely to appeal to those who are a fan of the genre and the style and are looking for someone new to listen to. Everything is professionally crisp sounding and that makes it all the more effective as a stand alone track.

This is the music to return to again and again in times of need. These cinematic soundscapes leave no room for you to fret about insignificant issues. It’s a stunning effect, and it bears stating that there really aren’t many artists putting quite this much creativity and energy and effort into electronic releases these days. There’s something about this sound that feels very now, or even beyond now; like a live performance as well. 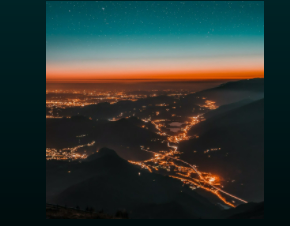 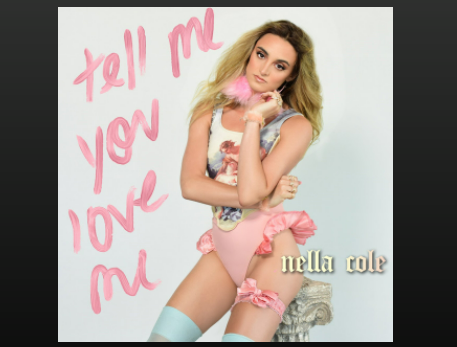 Tell Me You Love Me by Nicole Medoro