“Stepfather Fred” grazes your ears and grabs your attention with his new single “Blue Pride.” It flaunts high production quality, slowly plunging you into the song with static and chanting, each gradually increasing in volume until the vocals whisper the title. The fuzzy guitar riff crashes in with the bass coordinating underneath to create a massively catchy combination, certainly swaying anybody to the cloudy yet uplifting movement of the melody.

Stepfather Fred’s has a sound that is definitely a little nostalgic in itself, though there’s a level of space within this track as well, and the sheer honesty of the lyrics helps take it somewhere fresh. This underlying concept of falling behind and wasting time, all in the name of someone you don’t particularly respect, it’s presented in a totally real way. Not feeling inclined to present some shiny, well-polished version of reality, Stepfather Fred takes the core values of everyday life and relationships and offers them up in a raw and real manner.

As the verse meanders toward the end, the drum adds in extra hits, pressurizing the tune until the hook blasts in to relieve the tension. The bass deviates in the lead-up to the chorus, rhythmic hits around the chant before sliding and quickly climbing up at moments to add in color before the singer pauses to emphasize as well.

Strangely Stepfather Fred addresses this story in an unusual way, or more so, he expresses it in a manner you might have heard back in the sixties or seventies, though it’s with a definitively literal sense of lyricism. The music is quite optimistic, joyful even – the layers of vocals, the melody, the delicacy – it feels like a beautiful piece of artistry, and if English wasn’t your first language you might perhaps assume that Stepfather Fred was going through something wonderful.

Stepfather Fred so far has no limits when it comes to creativity and music production. This release showcases a totally different side to the producer and musician, presenting an equally satisfying arrangement of moments but doing so is perhaps a more colorful and easy-to-escape manner. This is the sort of music you’d turn to when the noise of the world gets a little too overbearing. It’s far from in your face with its personality and vibrancy – it’s subtle, as stated, and it does what you’d hope for it to do. So much so, in fact, that when the music stops – a great gaping void appears in its place. The silence is far too noisy to take after such a peaceful experience. Fortunately, the next few times you listen soothe the nerves in an instant.

Into the Blue by Richard Isen 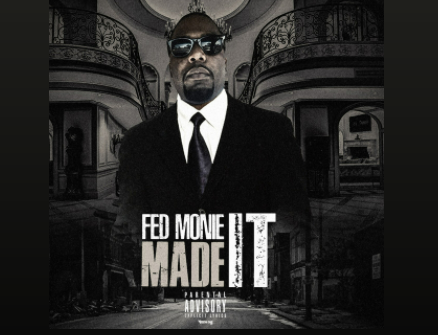 Made It by FED MONIE