Sunday Dinner by Prime The Producer

Simple good vibes meet with impressively creative, intricate yet immersive production throughout an imaginative instrumental that is Sunday Dinner. Prime The Producer Makes fine use of soothing melodies and retro rhythms throughout this structurally interesting new release. From a distance, we’re offered the laid-back calm and embrace of lo-fi study and chill, but on closer inspection, we’re gifted a soulful, breezy audio journey, complete with keys-led intermissions and an altogether engaging hit of escapism that quickly prompts the mind to wander.

Prime The Producer is a creative musician from Brooklyn who has been making beats since he was 12. At first, the bedroom was his studio. He was passionate about trying new things and spent hours trying out new beats which helped him to develop his born talent. He went to a music and art school and chose to do audio engineering for his higher studies. Around that time he self-taught how to play the piano.

Mainly hee is focused on producing beats in Hip hop/R&B, Soul, Jazz, House genres. After their studies, he is working as an audio engineer which was his dream job. Producing music for  “Go Emoji Go The Maze” and  “Wonderland”  video games is a high point of his professional life. With the influence of artists like J Dilla , Pete Rock, Ryan Leslie, Anderson.Paak, Knxwledge, Dr.Dre, Mac Miller, Tyler The Creator, Pharrell he makes beats that leave the listeners speechless.

With his unusual style, he has managed to gather many fans who love the soothing vibe of his music. Beautifully crafted, easy on the ears, and easy on the mind. Prime The Producer sets the mood in just a couple of minutes, and the results stay with you indefinitely. Hopefully, there’s more music to come. 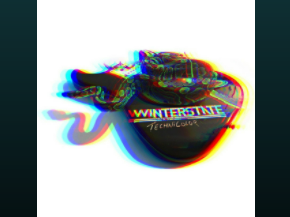