Absolute clarity, classic beat design and vocal integrity in swathes – AI introduces the artist K Roll in a quickly impressive, engaging, and memorable way. He is teaming up with Maxi Max to bring you this energetic rap sensation. Bringing back the original depth and intention of the hip hop genre, the track leads with story-telling, creative production, and subtle passion united with unquestionable personality and truth.

Throw in a completely captivating storyline and a choir of voices for the hook, and contrast works its magic to make sure the audience remains enthralled in the experience until it’s over.  K Roll is a creative hip-hop rap artist who has been making soulful music since 2013. He is a talent from the DMV area. His passion to create something unique and refreshing combined with the effort he put in helped him to grow steadily and to be on the radar for anyone who is looking for new refreshing hip hop music.

K Roll takes on a plethora of topics from the contemporary world and the personal realm alike throughout his increasingly hypnotic collection. Artists like  Lil Wayne, Logic, Cordae inspired him to make music that makes people happy and forget about the problems they go through. This late-night anthem drives with confidence and swagger, slightly less personal but showcasing clever word-play and faultlessly motivating energy and detail as it progresses.

An aptly-titled alternative to AI, laying bare eclecticism yet still holding close to those artistic roots that give K Roll’s sound such integrity and realness. He is making and producing his own music under the alias Hibachi Entertainment. An artist seemingly lightyears ahead of many of his peers in terms of everything from musicality to flow to lyrical framing and conceptualization. Never boring – far from it – a collection of projects that are incredibly refreshing to get lost within right about now.

It Sucks To Be Me by Bat Hearse 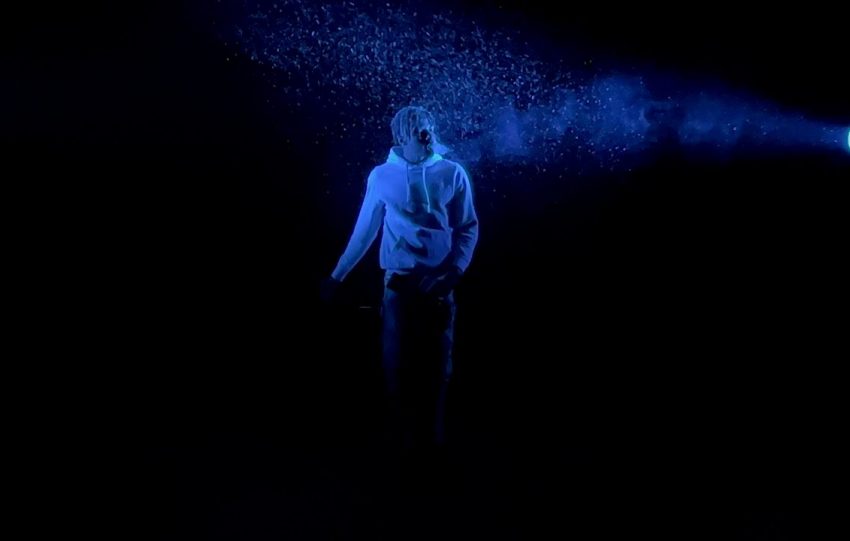