Able Heart merges vital energy with impassioned lyricism with this mighty new pop anthem Whisper, which incorporates breathy vocals and delicate EDM beats, as well as a hypnotic deluge of synths and numerous layers of color.

Able Heart, a singer, songwriter, and producer from Philadelphia, felt lost after his amateur snowboarding career was cut short due to injuries from. He questioned his life and purpose for years until he discovered a great connection with music. He has been creating music for nearly ten years, the majority of which he has spent ghost-producing for other artists.

Able won the NBC reality show SONGLAND and created “Greenlight” for the Jonas Brothers. Since then, he has emerged from the shadows as a ghost producer, focused on the Able Heart project. The song “Whisper,” which will be released on 8/14/21, will be his debut single that he is delighted to share with the world, and we hope you will help us do that 3

The lyrics deepen the listener’s connection; the use of music fluctuates between faith and relatability, and all the while, there’s a literal storyline at work – with scenes, details, changes, and pages to observe.

Able Heart is delighted to travel where few other composers and performers dare to go — the realms beyond genres, the creative universes that necessitate boldness and a brazenly open mind.

Whisper functions as a colorful and engaging hit in its own right, and with each re-listen, you begin to visualize the segments of the story. This deft writing style allows the tune to exist on its own and opens up a whole new realm of escapism when listened to from beginning to end. 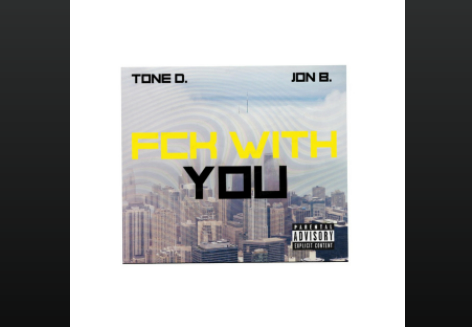 Fck With You by Tone Du Shane

The Way I See It By Sasi Shalom