Preztone was Born in the ’80s as Toon Porrez in Ghent, one of the most lovely cities in Belgium. Having a DJ dad, he grew up in between vinyl. He spent much time every week in 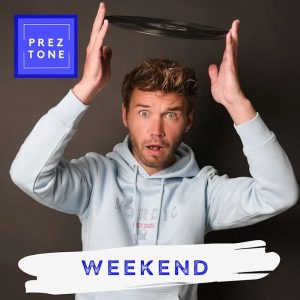 record stores discovering all the newest songs in his teenage years.

​In the fillies, he became an entrepreneur and started a lounge bar in Ghent that turned into a dancing club after two years. His DJ career started. Besides being a DJ, he became a great photographer. He was successful in modelling next to his nightlife.

​Preztone has built a significant audience throughout the years and played many gigs in the Ghentian night scene and country. His monthly event Love Boat Party became an iconic sensation in the city.

Yet another release certainly worth experiencing is the creative highlight Weekend. The production is top-notch, artistic EDM with a mellow yet elevating core, plus a strangely compelling video of Preztone himself roving throughout nature – retro once more, but captivating.

The single Weekend has a simple, soulful hook that resolves and satisfies brightly. The dance energy is refined, but there’s room for a remix. Eventually, this one urges you to turn up the volume and escape into the moment—a personal favourite from a versatile and driven artist and producer.

My song by Marriott