If you’re at the crossroads, what choice will you make when the spiritual world crosses paths with the physical world. Voodoo beads, The true story of S.C.A.R.

S.C.A.R – Sacrificed. Crucified. And Resurrected Surrounded by drugs, violence, and prostitution; somehow, he managed to rise above all tribulation. Living life fearing death, being afraid that opposing cartels and enemies his family had accumul 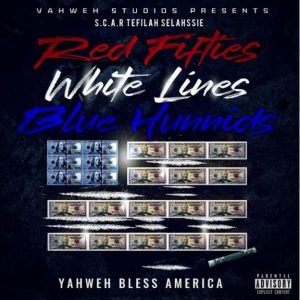 ated would get him, he held close to God for protection. He tried to find a better way. Walking through the valley of death was not only a nightmare but a reality after losing his closest family and friends. Music became a stimulate and an escape for him to face reality and seek change. As the struggle continues, he gives the world his life through a “Blood Raw” perspective, delivering it with precise precision, hard-heartfelt tracks, and passionate lyrics. S.C.A.R Misunderstood but never underestimated. commercial but never commercialized –S.C.A.R.

S.C.A.R. captures the energy of his name with this wonderfully nostalgic, jazz-cafe-Esque journey through rap and hopeful, imagery-loaded lyricism.

The lyrical morality all over the track is notably endearing, reaching out to attach with realism and bravery alike – showcasing vulnerabilities in an amazingly pure way. As mentioned, every complexity comes to be rounded off well. The ease of that hook thrills in once again nicely.

Voodoo Beads leads with a modest, haunting beat, a new rap flow, yet an amazingly raw, unaffected performance. Not hiding after auto-tune, but slightly riding the track’s energy and pleasing the opportunity to toss in more than rare bars related to the modern hip hop and trap scenes.