th’Leftside is Melodically full to the brim, big beats spilling out in all the right places, complete and undisguised angst, raw energy, bars that make it to the moon and back

Cade has been writing and producing his music for 10+ years. He works with Grammy-prized musicians, recording engineers, and producers to make other artists’ compositions. He recently received a Recording Engineer praise on Nate Soulsanger’s album “Picnic.” Cade pushes borders, trying new sounds, and not being scared to step outside the norm. He is a Hip Hop performer and has created his hopscotch genre, a blend of Hip Hop and EDM. His artist name, Chauncey Williams, is formed on his friend Noel he met playing high school basketball. Cade had a close association with Noel, who went by the name “Chauncey Williams the Butler.” Unfortunately, in 2017 Noel was killed by the police. To honor Noel, Cade changed his artist name to “Chauncey Williams.”

th’Leftside has a brilliantly classic sound to it, musically – a little like the first few vast r&b meets hip-hop tracks of the ’90s, but with something undeniably garden-fresh about it. The performance all over has such a flawless flow to it, the voice itself bringing that notably unique tone, a touch of that real-life grit in the vocal, adding massively to the total outcome of the music. You know the sound once you’ve caught it. And there’s a hell of a portion to get held into once you’ve discovered Chauncey Williams‘ work. Behind those vocals, you get a massive and varied array of synths and beats that will make you sense excited and ready for the summer. Among the top vocal performance, you get to know the artist, get used to the style and the sound, and lyricism, realizing pretty swiftly that there’s a lot to like about this composition and a whole lot to get addicted to. 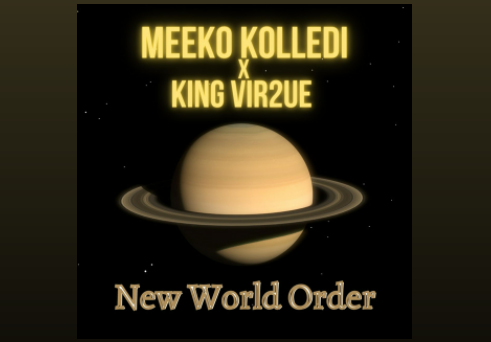