Subliminal by DooGood & Bond has been released on Spotify with several other debut songs hoping to hit the RnB/Hip hop charts.

Tyflon Bond and DooGood, a happily Married couple from Minneapolis, Minnesota, inspired to follow their musical dreams & HIP-HOP, R&B, POP, FUSION that was deeply rooted within them. As the world changed in a matter of day’s so did their direction they started a project called “LOVE FACTORY” & finished in 4 days inspired by artists such as Masego, Drake, Jhene Aiko!! They’re Due to release a series of singles called POWER that will be ready to release every two weeks starting March 20th. The planned singles are called “COMPLICATED”, “SUBLIMINAL”, “VERSATILE”, “CAUTIOUS” AND title track “DooGood & Bond “ all becoming the introduction to their upcoming album “LOVE FACTORY”. Due to release on MOTHERS DAY 5/9/21 And every moment after will be magical! 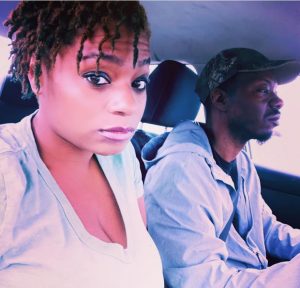 It starts with a mellow tone and filled with authentic and unique synths; Subliminal has the potential to go viral because of its energizing music. Computerized beats and filling background vocals highlight the vocals beautifully. The song ends within 2 minutes, and we think that it is too short for such an energizing piece of music.

Listen to Subliminal by DooGood & Bond on Spotify.