The sound of Doug Cash’s leading voice has the purity and subtle power of some of the most classic or vintage singers and songwriters from throughout the past several decades. The song “Secrets” has a fairly minimal presentation to it, instrumentally speaking. The structure of the song leads you into this revolving chamber of melody that is not dissimilar to the way that many country tracks are crafted these days. However, Doug Cash is far from overproduced. The song is blissfully organic and, at its core, something of its own entirely.

Doug Cash is an amazing Singer, songwriter, musician, arranger, producer, and performer as well. Doug has spent over 30 yrs on stage throughout Northern and Southern California. Between 3 of his social platforms, Doug has over 2 million plays and streams and this simply proves how amazing he is doing his work and people are loving his music as well.

The themes vary and the storytelling continues to be very honest and true to the artists involved and their own perspectives and experiences. Always though, in terms of subject matter. The consistency is something that further links everything together and adds to the mood and in fact the realness and openness of the release. The vocal effect and much of the instrumentation hold a further similarity, yet as mentioned, there’s plenty of variation between tracks, not least of all the energy expressed from one point to the next.

The track follows its own idea of structure, its own creative design, so the moments that unfold from start to finish are impossible to predict. It keeps things interesting, and without a doubt, the whole thing grows more and more enjoyable the longer you listen for. This is a welcome addition to Doug Cash’s collection. It’s a long-awaited and worthy return to the online world, and hopefully, it’s a sign of more to come. 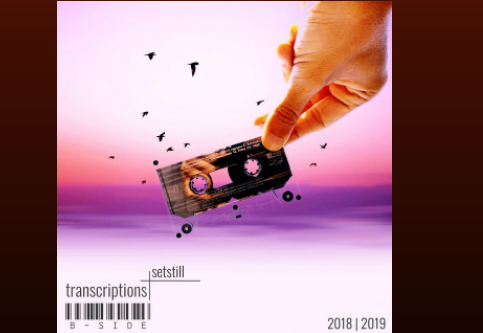