The musicians Xilax and HyBrid803 cleverly integrate genres amidst a catchy, ambient, and enchanting background for the unique and engaging “Scorcha & Booty Call,” setting the mood with ease and delivering a rapidly seductive, musically remarkable hug.

Xilax, a Canadian rapper of mixed race, was born in Chicoutimi, Quebec. As a result, he was trapped between white and black communication and had to learn to battle for respect. When Xilax was six months old, his father died. This left his mother, who had only recently arrived in a foreign country, to struggle alone. However, she had the assistance of Xilax’s grandfather and godfather. Xilax, who is now an independent rapper, vocalist, composer, filmmaker, photographer, and marketing consultant, continues to release new music.

“Scorcha & Booty Call” begins with an instantly fascinating backdrop and beat, then weaves in a recognizable vocal line of perfect delivery, with a dash of that exciting aspect for the genuineness of the connection. As a result, the bars continuously draw listeners in, capturing them with brilliant wordplay and flow changes.

The song kicks into action with the story-telling and musically unique aspect, blending melody and rap along with several features for a continually moving dynamically. Throughout its two-twenty-two-minute existence, “Scorcha & Booty Call” has led with passion and competence.

Underneath this, a simple musicality no doubt raises the total energy of the track – drawing focus and contrast with the voice, presenting a simple, even delicate melodic riff and occasional rhythm, elements that work in favor of the release’s unmistakable identity.

Every component is well-crafted, from the startling electric bass line to the sensuous yet fast vocals and even the surprising wave of rhythm and melody. The whole thing has a real-time presence while being flawlessly produced simultaneously; you can retreat into the audio while understanding that this is unquestionably a pair worth checking out on the gig scene.

The aesthetic has recently given new vitality to the hip-hop culture while paying homage to the legends of a bygone period. It will be intriguing to see where Xilax and HyBrid803 go with their music in the following months and years.

Over The Sky Heart – Cover by KJ Warriors’ Sound 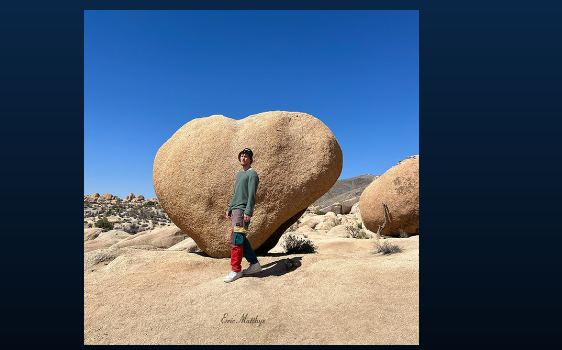 My Love Is Forever by Eric Matthys