No Mas by Omega McBride

Dreamy soundscapes and soulful lyrics meet with contemporary production for this late-night-vibes album from artist and rapper Omega McBride.

“Life is a song, and I long for its melody; a combination of pitch and rhythm on a human scale, helping to make sense of an individual purpose.” The songs penned and delivered by Omega McBride have been accented by sharps and flats intermixed with ranges of sound, silence, and divinely timed events.

Omega McBride is a ten-year Independent, seasoned recording artist, singer-songwriter, and producer who has released over 40 indies (no sample) musical selections over the last decade +. Omega has performed in major cities such as New York, Philadelphia, Atlanta, Detroit, St. Louis, California, and overseas to Canada, to name a few. With love for lyrical delivery and rhythm and already three singles already released in 2021, Omega McBride’s intention is to encourage, empower, and inspire people with his music.

Omega McBride is the founder and co-owner of Diamond Production Group (label) and a new casual athletic streetwear brand made famous on the Westside of Chicago, Omega McBride Brand.

Omega McBride won First Place in the Citywide Chicago Hip Hop Talent Show, where 500 artists were cut to 200 and 200 to 25. He has opened for Grammy Award winner LeCrae and performed as the special guest for Chicago’s Mayor Richard Daley at the Annual Bud Billiken Parade and Banquet.

With already three singles released so far, in 2021, with the latest being the upcoming Mother’s Day Anthem “M.o.M” (Mind over Matter), Omega McBride is poised to inspire listeners and elevate in the art of creative expression.

No Mas delivers mellow music with soothing beats that can take you up in the clouds. Flawless lyrics highlight Omega’s harmonious, confident and straightforward vocals. No Mas is a perfect song to relax and to enjoy the music on the go. 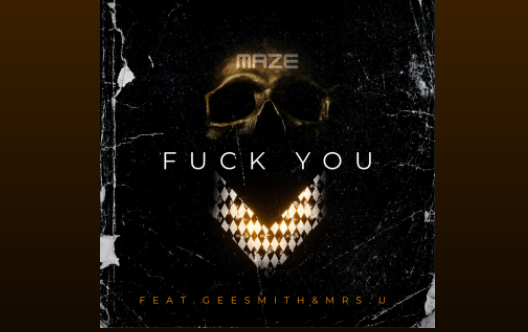 F#ck You by Maze feat Geesmith & Mrs. U.