Music Man introduces a fantastic rising artist with a blissfully poetic and appreciative writing style, as well as a country thread of story-telling and organic musicianship, alongside a real country mood that helps enhance things even more.

CJ Garton is an Oklahoma native and Nashville country performer. CJ has been compared to Randy Travis and Keith Whitley, and his music and vocals have a profound traditional sound with significant lyrical content.

There’s a distinct defining tone and energy, reminiscent of Waylon Jennings and Merle Haggard. That carriages you back in time while still providing a fresh new spin on traditional country.

CJ has written songs for iconic performers such as Tanya Tucker, David Allan Coe, Darrell Singletary, and Jimmy Buffett, as well as several cuts by American Idol and The Voice competitors, as well as film and television credits. This guy’s a cowboy, you guys! Last year, he traveled 686 miles on horseback from Nashville, Tennessee, to his birthplace of Bristow, Oklahoma, with his son and their two horses, Poncho and Lefty.”

With its spontaneous vocals and equally live-style arrangement, Music Man feels like a timeless smash while yet standing out as a contemporary take on sorrowful songwriting.

Musically, the setup is familiar, and the topic is approachable, yet one or two distinct threads of identity help elevate the whole thing. One of these is the structural change at the midway point — the groove shifts, as does the vocal tone. 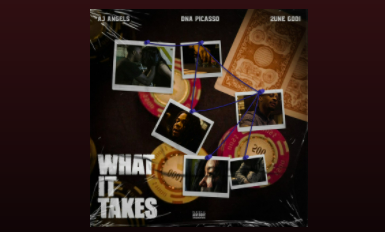