Suggesting or hinting at the concept of freedom within art or music is very different to entirely encapsulating it. With the former, the result offers a touch of inspiration, but with the latter – the experience completely surrounds you with the uplifting, energizing aura that is the essence of freedom itself. When it’s music, this is not just in the lyrics, this is the development of the whole soundscape – the chords, the riffs, the rising passion, the evolution of the melody.

The song “Money & Power” from singer and songwriter “BIGDOETHAGOD” is the absolute perfect example of a song embracing entirely the concept at its core, and successfully passing that feeling on to its audience. Young up and coming artist from the Midwest that had been producing for years before getting into making his own music. One day he got up and realized that a majority of artists being pushed were not as good as people said, so he decided to make real hip hop and merge it with the new hip hop. Being from the west side of Chicago and Humboldt park, the spirit of rapping is already in him and now he just wants to show the world he is who he says.

There’s a lot of space on this record, the vibe is light and atmospheric – laying bare certain ideas and really keeping your focus on the thoughts within, as well as allowing you that room and that time to consider and understand it all. The hook is really uplifting sounding, contrasting greatly with the central difficulties of the song, and this makes it a lot more accessible and inviting in more ways than perhaps a standard musical approach to struggle in might. The track brings the classic good vibes and impressive writing that audiences will have come to expect from “BIGDOETHAGOD”, and all the while it offers something completely unexpected and deep.

The hook is the stand out moment in terms of the song’s melody. The line alone doesn’t quite conjure up the precise truth behind it, so the title and the soundscape in themselves give very little away. It’s only when you take the time to really listen that you come across the reality of the situation. It’s great that the music is able to lull you into a comforted state in this way, so if you choose to, you can simply let the good vibes of the sound pour out and be an enjoyable part of your evening. It’s a clever way to get something out there, to get a particular experience or struggle off your chest, and to write a song that means something, without having it weigh down too heavily on the listener.

The further you get into it, the more the passion builds – the soundscape and the leading voice rise up hand in hand, and when the drop hits, the darker, more industrial side of hip hop smashes into action, sharpening up those edges of the song even more so, and sealing the deal with regard to this being a solid and warming hit for turntables throughout the coming months. 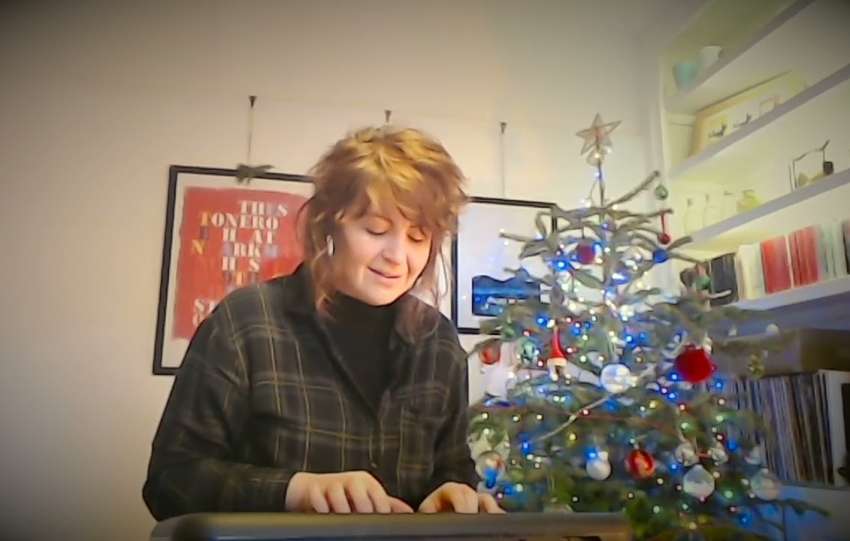