“DJ Travis Moet” takes the industrial darkness of his latest song to new levels with the official audio release for “Midnight Sun”. As a reminder of the strength of the set up, the audio adds further intensity to the progression of the song – the contrast between the powerful yet awesome verses, with the hit and power of the hook and surrounding sections, is emphasized by the gritty, brooding atmosphere of the lyrics.

I’m a fan – this is different, but it works. It’s refreshing to hear something a little left of the expected. The remix effectively offers both nostalgia and the birth of something new. It also presents listeners with a welcome reminder of the electronic approach to music and performance, the likes of which just aren’t found all that often in modern music. There’s a sense of seductive drama to it all, the essence of which DJ Travis Moet has captured pretty perfectly.

The vibe of this track makes perfect sense as a follow-up to what came before. DJ Travis Moet consistently brings together elements known to be working well in electronic music right now. At the same time though, the more of his work you hear, the more that sense of character comes through, and there’s plenty of space to get even closer to the mind and insight of the writer still. The beat here works really well in laying the foundation for the lyrical outpouring that is gradually presented.

The whole thing has been masterfully crafted yet freely structured so as to keep you on your toes, to keep things interesting, and always to effectively set up certain turning points that begin to feel familiar and recognizable as the track moves along. It’s not all that common for an EDM or electronic track to have such memorable riffs that reoccur less frequently, at least not with so much else surrounding them to additionally impress. The structure of this is everything, the sounds are unquestionable – the intro is peaceful and reflective, calming, but it’s the rising level of complexity, the increasing detail, that really make this something special. When the rhythm hits it feels fresh – again, not an easy thing to achieve in today’s overflowing world of music. Stay tuned with DJ Travis Moet to witness many more amazing works in the future. 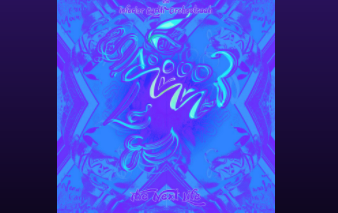