Creatively digging into a new side of his artistic influences, artist and producer Chris Padin, together with Featuring vocals From Actress / Singer Georgia Rose, exceeds even the highest reaching of his previous releases, with the piercingly euphoric, nostalgically EDM/House blend that is “Losing My Mind.”

New York-based music producer/DJ. House / Future Bass / Deep House / Progressive House / Big Room House / EDM are some production genres. Chris Padin discovered his passion for music at the age of 16 when he was asked to perform at a friend’s house party. Chris Padin has progressed since then, crafting his own sounds and tunes while developing a distinct approach to dance music. Chris enjoys breaking the norms and combining elements from several genres to create his own distinct sound.

Chris Padin has linked with thousands of people who love music as much as he does, with over half a million music streams across all media channels. He makes Electronic Dance Music that includes House, Deep House, Future Bass, and Trap.

His home studio is a significant place of production for him. Chris Padin remains at the pinnacle of the EDM dance industry, expanding his sounds and musical approach. As an independent musician, he meets new fans who continue to support his music production selections every day.

“Losing My Mind” builds up and drops in brilliantly, with subtle layers of cheerful hardcore from way back when and a noticeably soulful vocal lead injecting a precise degree of purpose and feeling from the beginning.

“Losing My Mind,” ultimately a contemporary EDM/House track with solid use of dance-music vibes, melodic detailing, and blatant threads of identity and tale, reinvents the sound of electronic dance with an unmistakable journey through feeling and thought.

The track, which clocks in at three minutes and forty-four seconds, promises a wholly reinvented look at what’s possible in the EDM-tinged deep house sphere and says volumes about the producer’s ingenuity and perfection.

“Losing My Mind” is a beautiful example of outstanding music production and composition merged beneath the creative blanket of modern audio play. It is addictively melodious, impossible to compare, and amazingly absorbing when played at volume.

Brilliant, refreshingly unique, engaging, and flawlessly made. Notably, a gifted and passionate artist has a distinct individuality to share with the world of music. 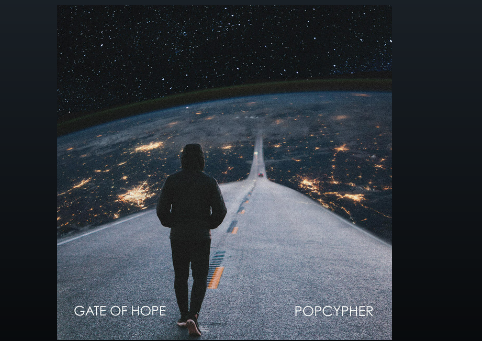 Gate of Hope by Popcypher