King of the River by NEW EViL

NEW EViL injects a precise degree of uniqueness and character into the present music landscape with the addictive and refreshingly original “King of the River,” stylishly blending the distortion and weight of Alternative rock with a surprisingly delicate vocal lead.

NEW EViL is an Orange County, California-based female-fronted alt-rock band. They have shared bills with Old Blood, Alice Bag, and Le Butcherettes and were named one of Orange County Music League’s Top 5 Most Influential Female-Fronted Bands.

In the spring of 2013, the band was created. Sophia Anita Reyes’ experimental bluesy vocals and politically charged lyrics, originally from the San Francisco DIY scene, cut too far outside the lines for most Orange County performers. After a grueling search for a songwriting collaborator, she met guitarist Ian Bishop, whose sonorous, reverb-drenched guitar chords belied his OC roots.

They hit it off right away in terms of creativity. Soon after, Patrick Nagy on drums joined the band, followed by Erik Piazza on bass. With a sound that defies genre borders, NEW EViL packs a forceful punch and blurs the edges of alternative, indie, and hard rock.

Poetic and purposeful, with sharp frontal layers of guitar and rhythm but a noticeably distant voice sound, the lyrics play a secondary role in the music’s overall mood, which climbs from peaceful beginnings.

As time passes, the tension rises, and the heft of the soundscape envelops its listeners even more. In the meantime, you seek to link with the lyrics — the title, and each phrase, particularly, drags you in, and the music holds you captive there, hypnotic in its alt-rock loops.

The hook has an appealing simplicity to it, and it adds a bold element to the composition. The concept also teases our curiosity as listeners, compelling us to return, and with each new session, we get more acquainted with and involved in the piece’s sound.

“King of the River.” is an accessible, awakening, and strangely inspirational song, with timeless alt-rock depth and gloom, united within the ache and openness of the writing. 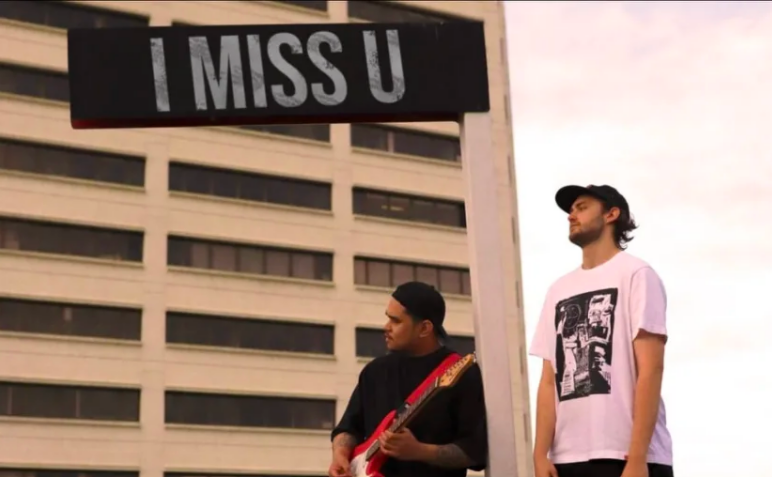 I MISS YOU by MARK IMPERIAL AND BENJAMIN PARKES

Come and Find Us, by J-Definition