If She Falls by Stepfather Fred

Stepfather Fred releases “If She Falls,” possibly the season’s most unpredictable yet energizing piece of music. It is a creative exploration of the highest caliber, a uniquely composed track fusing delicacy and grit, distortion and melody, classical strings and fierce rock overtones, groove, and character in a consistently refreshing and musically satisfying manner.

A single glance at Stepfather Fred’s live performances will be enough to make you realize who you’re dealing with. Four well-matched musicians make alternative rock music that is raw, edgy, passionate, honest, angry, laughing, and sweating.

Stepfather Fred does not want to sit on the sofa at home and think about God and the world. But it’s because they’re at ease on stage and in the streets that lead to them. More than 500 live engagements in Europe, Switzerland, and Russia haven’t satiated their desire, so they keep feeding the stepfather’s insatiable appetite with kilometers, pounding grooves, riffs, catchy hooks, beer, and a healthy dose of strength.

Stepfather Fred’s melodic and aggressive sound is characterized by uplifting guitars and the chaotic, hypnotic blending of fascinating and distorted rock elements.

“If She Falls” details the skill and inventiveness while presenting a band devoted entirely to the moment’s energy and passion, delivering equal delicacy and contrast, accompanying an instantly identifiable, fast-paced organic riff that cascades all around.

Listeners are immersed by cascading guitars, drums, vocals, and increasing intensity throughout as we return to Earth to reflect, “If She Falls” lifts you with recognizable guitar performance, superb drum work, and further richness of the tune.

Stepfather Fred, as always, combines exotic, enticing melodies with the pure pain and power of an explosive, Heavy Alternative Rock surge. Here, we gain knowledge and a conceptual thread to connect with, which raises the composition and the band’s presence even further. 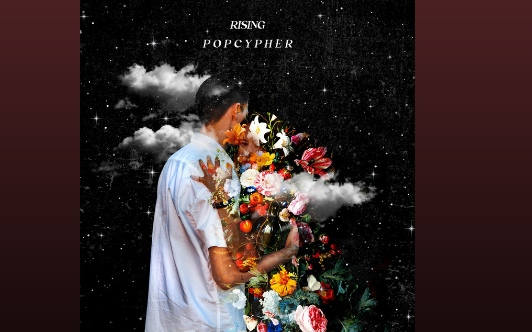