I Never Realized by Ti santos

I Never Realized by Ti santos presents music fans with a creatively free and notably down to earth take on hip hop music. His soundscape comes soaked in the sound of hip hop and rap. The instrumental performance he puts forth meanders in a way that feels like a freestyle or a jam session, unexpectedly not dissimilar to the way in which hip hop musicians allow their performances to take on a mind of their own. There’s a definite realness to the sound and this gives it a level of personality and grit that isn’t often found in fully polished and compressed hip hop tracks.

For what is a less than five minute release, a surprisingly radio-ready time-frame and a cleanly professional finish to match, the “I Never Realized” feels like something much longer and far more epic than its elements should allow. The build up of the soundtrack alone showcases the producer’s creative direction in an intense and addictive way, presenting the absolute freedom of musical composition alongside of the unstoppable force that is an incredibly satisfying build-up. On top of this, or underneath it even, lies the original sound of the artist– the unapologetic passion and character of the song, of the leading vocalist’s performance, of in-fact every performance involved in making it what it is. You can’t predict where the track is going at any point, but you can, without question, sit back in awe as it all unfolds around you.

The leading synth riff playing out alongside of the beat has the simple yet haunting ambiance of any stand-out and slightly dark hip-hop release. It’s a strong choice to represent the musicality of the track, something about it is familiar, in keeping with much of modern hip-hop though not veering off in some production direction that tries to appear as overly creative or unique. It just is what it is, and that’s a big part of hip-hop – the truth, the realness. The beat itself keeps things moving in a similar manner, and then on top of everything comes the song’s concept, its sentiment, and the undeniable sense of character embedded within the leading vocal performance.

The second you hear the initial voice driving the song forwards you know it’s something pretty fresh, something characterful. There’s a strong sense of identity to it, and once you’re involved, you follow the story-line along and you begin to familiarize yourself with that hook section and the underlying message of the song. The second hip hop voice that comes into play really smashes things up a few notches. The pace increases, the tone contrasts with what preceded it, the lyricism has a certain energy to its delivery and comes loaded with clever wordplay and an infectious level of confidence. Considering the importance of goals, the ideas offered up by the track, that motivational, uplifting energy that audiences often seek out in music – this explicit increase in confidence, brightness and energy, works wonders for the overall effect of the track.

Back End by Jhonni Blaze 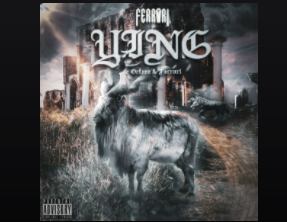