FOR THE MOB by Gino Banz

FOR THE MOB is something exceptional, above all for you hip hop or conscious rap fans out there. The music on FOR THE MOB has the delicacy of sensibly crafted, creative track, and on top of this, Gino Banz as a performer and rapper works hard to paint a clear picture for you and open your mind.

Gino tells us a different side of local rap in Colorado Springs. “FOR THE MOB” is guaranteed to be a classic with its provocative choice of words. 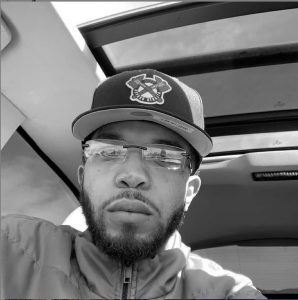 Gino Banz is an upcoming musical sensation hailing from Flint, Michigan, but since 2009 he’s been putting Colorado Springs, Colorado, on the map With the attention he commands lyrically. The blend of Michigan swagger & West coast charm in his music and character make him someone you want to be around. Back in 2013, his troubled past led to a State conviction of six years in the Colorado Department Of Corrections but oddly enough to help give his harmonious “GANGSTA” pleas credit. What is life like for a young black kid from Flint, Michigan, being raised across the country? We’ll have to hear it from that kid himself. Stay tuned and jump on the “Banz Wagon.”

Production-wise the music is on the plug, artistically and professionally created, and so well mixed. The supplementary video gives you an accurate idea of who Gino is and what was possibly the intended output of the song – what was going through Gino’s mind, what these particular moments of expression tell.

The outpouring of lyricism is outstanding at specific points. Above all, you consider how open and natural the lines are. What’s more, nothing at all looks to be there purely for the sake of satisfying up space. It develops and grows in intensity and power through the clever arrangement of lines and effective utilization of musicality.