Vice-Like Clutch fearlessly blends genres and keeps things refreshingly creative throughout this captivating new single. Leading with a reverb-kissed and breathy vocal hook, layers of synth, and plenty of space, Clutch Orbital initially connects for its lyrical intrigue. This quality continues throughout, he manages to hold attention with his unique scene-setting and framing of ideas, but it’s also soon accompanied by an arrangement, vocal tone, and overall production style, that further the uninhibited artistry of the whole thing. Vice-Like Clutch is an upcoming rap artist and a songwriter from Liverpool, UK. Just like for many of us since his small days his passion and the happy place was music. With no parents around and no siblings, he had a very difficult past as a kid. 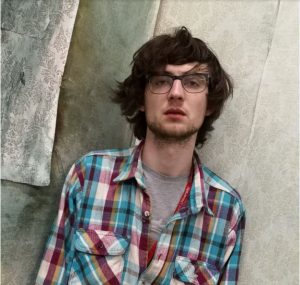 Vice – Like Clutch started his music career as a drummer but always loved rap music and its potential to speak to the audience in a personal way. Then he started writing his own songs in hope of self-relaxation and to be a support and impact others who go through problems just like him in a good way. Since he became a one-man army who writes, sings, and produces his own music he could control everything and make music that understands the audience well. Artists like Danny Brown, Aesop Rock, Boards of Canada, Playboi Carti, Kanye, Radiohead inspired him to be an artist that makes a difference in society. With his popularity rising quickly he got the opportunity to produce music for some short films and do other gigs.  Clever writing, a breath of fresh air in terms of creativity, and still passionate and professional enough to keep you coming back for more. I look forward to hearing where else the music takes Vice-Like Clutch.

Still Heart by Can You Survive?