Ivent Horizon began as a solo endeavor and has grown into so much more. With their eight-string Riffage, electronic and symphonic elements, and significant inspiration from Doom 2016 and Doom Eternal, they are trying to shake up the scene with hard-hitting but easy-to-follow riffs. So you can jam out, game, lift, or do whatever you want! Lyrical material can range from fanciful themes to serious contemplative topics, or both at the same time.

Ivent Horizon takes on the weight of intention and progressive industrial metal-rock sentiments with “War Machine,” a one-of-a-kind trip of a track.

Ivent Horizon has caught something special for immersive metal rock fans who long for a simpler time.

“War Machine” weaves in a rhythmic structure, shifting melodies, and a clear conceptual presence that draws you in and holds you captive, focusing on the post-hardcore tones and distortion of the music.

“War Machine” begins with a potent mix of distortion, mighty voice depth, and unconventional drum-work, showcasing an intriguing approach to songwriting and set-up. The beat is both catchy and relentless. The juxtaposition between this and the unmistakable outpouring of the lyrics draws your attention.

It’s a voice made for this type of performance, and it’s boosted even more by a multi-layered rock background complete with crashing drums and solos to round things off.

Throw in some incredible solos and a genuine full-band roar of intensity and unity. Ivent Horizon soon establishes itself as one of the most appealing, thrilling, and deserving performers on the new rock scene.

This is brilliant, superb songwriting, musicianship, and production from clearly versatile artists while remaining true to their creative roots. Throughout, it is enormously remarkable. 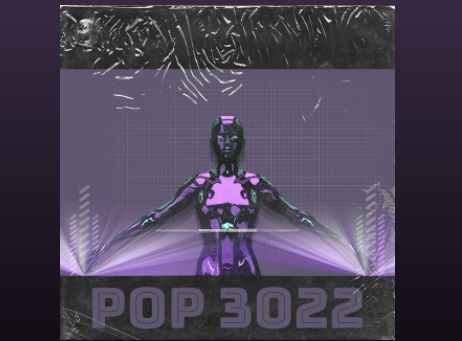