A tune for right now, fresh, full of energy and hooks, War Baby by Tallysama is the next hip-hop hit we were waiting for.

Tallysama is a young up-and-coming rapper born and raised in NC. She is an artist, model, shoe customizer, and clothing designer as well as a rapper. Tallysama’s music falls into the genre of melodic rap, hip-hop, trap, and rock music. Artists that inspire Tallys music include Miss E Wreck, Drake, Polo G, and Post Malone to name a few. 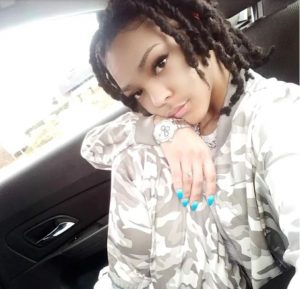 Tally began rapping by entering freestyle contests on Instagram and has made over 1,000$ in cash from winning rap contests. She managed to hit 14k views on her very first music video ever titled “War baby” and the numbers are still climbing. Tally is currently working on a feature she was paid to do all the way out in Germany. She is also a writer and was a winner of the Bethune and Son Texas short story competition. Tally has managed to do all of this while attending college and will be graduating this May of 2021.

Filled with an infectious hook that stays inside your ears even after the song finishes, War Baby is a mellow hip-hop track that can quench your thirst for relaxing music. Tally raps in a melodious tone authentic only for her which is so euphonious that we wanted to hit the replay button just because of her voice. War Baby is a perfect song for any time with meaningful lyrics.