Back to the top

Swedish saucy pop. Now Open Smokes is the sum of several years of exploration of the musical diaspora – a study in sausage stuffing. The duo comes from different genre backgrounds and has played and produced music for themselves and other constellations for the past ten years. The pair consists of songwriters and producers Vasse Bartziokas and Ludwig Rostedt, Gothenburg/Malmo, Sweden, who joined forces in 2021 and started Now Open Smokes. Their debut single “Soft Lie” is mixed by Tobias Ekqvist (SunnanÅ studio) and mastered by Brian Lucey (The Black Keys, Arctic Monkeys, Depeche Mode, David Lynch). 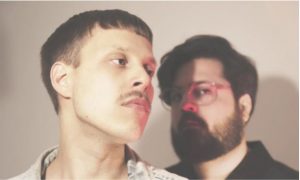 Vocally, Now Open Smokes ‘gentle and drained vibrato ends notes in a smoothly fantastic way, and their characteristic voice also works amazingly well in laying down clean and clear vocal plugs to support the lead. But the vocals also exhibit a knack for pivoting on the spot – a boney trait that lets notes change direction with the least effort that’s both skillful and, possibly, the cause of earworms. Now Open Smokes flicks between chest voice and falsetto in such a gentle way that the state change is barely distinctive, making their vocal feel smooth, slick, and organic, warming us through to the song, Soft Lie’s conclusion with confidence and ease.

The soulful, bluesy shade of the lead vocal generates a superbly thick vocal sound that’s routinely compelling. The occasional instants when the two voices harmonize or apply a word or two of repetition are perfected further by the generous space that’s left in the keyboard part, while time ticks and flicks away on the hi-hats and claps, and sparing bass notes and kicks warm things up.