A new music video of Praise Medley by TJ Dairo has been released on Youtube. Praise Medley is a Gospel song famous in Churches and the Christian community.

Tj Dairo was born into the famous Musical Dairo family and nephew to the late I.K Dairo (MBE). Dairo began learning to play musical instruments at the age of 14; by the age of 16, he was already playing six instruments, including the bass guitar, keyboard, saxophone, and drums. 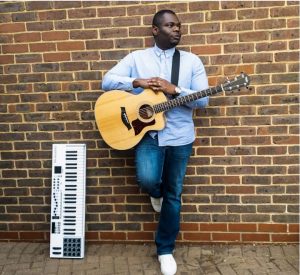 Inspired by Israel Houghton and CeCe Winans, TJ is a gifted songwriter, arranger, and producer based in the UK. He works on various projects and genres, including Christian and mainstream music. He holds a diploma in Jazz and Popular Music Studies from the London Goldsmith university and is also a graduate of Software Engineering from the University of Westminster. As a recording artist, Tj’s has released many different albums and singles used in churches and concerts across the world.

I’ll Keep Fallin’ For You by Shane Martin