Refreshing and Groovy Instrumental “Marigot Bay” has been released by Thomas Leleu.

Thomas Leleu comes from a classical music background and is regarded as the “world star of the tuba”. After two albums exploring classical and crossover genres, his 3rd album is diving into a new style: electro-jazz, world music, fusion, and electro-pop. The 2nd single (world and Caribbean music) from this new album is called “Marigot Bay” and is released on May 7th. 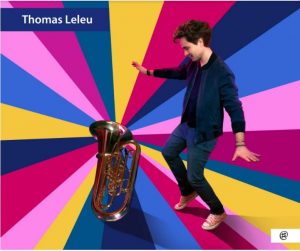 Thomas Leleu is a classical, Jazz artist based in France. He creates World music and Caribbean music inspired by David Garrett, Ibrahim Maalouf, and Nigel Kennedy. He has many musical accomplishments, including the “Soloist of the Year”, Victoires de la Musique in France, 2012 ZDF Stars of Tomorrow in Germany, and 2018 3 nominations at Opus Klassik in Germany 2019.

Marigot Bay is a fun, easy-going, and groovy instrumental with dancing vibes. Thomas Leleu lines up the instrumental on tuba, Laurent Elbaz on piano & keyboards, Jérome Buigues on guitar, Philippe Jardin on drums, Sam Favreau on bass and Lamine Diagne on saxophone and flute.

Falling For YOU by Lil Shipuden