are the artists with a hopeful outlook, as well as the sort of natural confidence and tone required to deliver a motivational and easy to vibe to songs such as this with both hearts and style. This release makes for a strong starting point for those new to his music, as well as a mighty indicator that there’s plenty more creativity and passion to come.

What these awesome artists essentially showcase on this release is a unique approach to musicianship and writing alike. The lyrics grow to intrigue you more and more so, short lines pose ideas and images, and their repetition later reminds you to consider it all a little further. Meanwhile, the music wanders off down its own rhythmically addictive pathway, and there’s a sense of progression or increasing energy about the whole thing.

Musically the song admittedly takes its time to strike, but that turns out to be a real blessing. The second and third times you hear this, you know it from the moment it begins. That spaciousness, those select few details, in among what is an easily addictive melody and a string of considerate poetry, creates a humble and characterful introduction to a song that later explodes with the weight and passion of an effective instrumental hook.

The experiences dictated and the ideas seem true to a single character, which genuine fans tend to really appreciate and find honest and endearing in an artist they admire. Many of the lines also seem a little vaguer though, so at the same time, you get something that’s easy to relate to and feel involved in. That’s often what people turn to hip hop or Rap for in the first place – to escape or enhance a more mundane reality, to feel involved in something or as they belong to something.

“Jennifer” is a song that effectively utilizes structure and contrast to work its way up towards a huge finish. The softer, penultimate moments see things quiet down, offering a sense of anticipation that’s met brilliantly by the full wall of instrumentation that follows. Though it’s a well-written and thoughtfully crafted piece of music and performance, there are undoubtedly a few flickers of realness and unwavering hip hop– the fuzz, the final moments, the details – that let the sheer care-free good vibes of the genre stand tall in a refreshing way. In a world of squeaky clean, electronically built records, this release brings about the familiar tones of a simpler time for music fans who miss the way that felt. 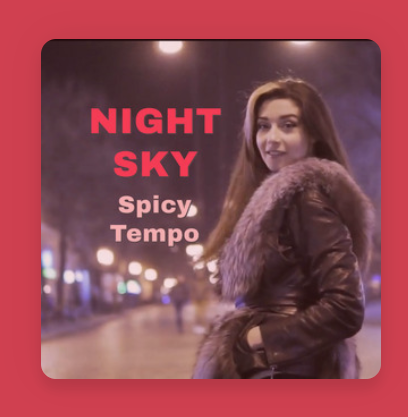