I’m Just Me by Aj Angels

The leading vocal of “Aj Angels” adds an undeniably human touch to the sound, despite the effects it’s contained within. “I’m Just Me” is a freshly released track by this talented soul to all the audience out there with a great vibe. The verses express a certain hip hop and pop mood, not dissimilar to the likes of Brand New or Dashboard Confessional. It’s a brief and fleeting comparison though, as, for the most part, Aj Angels offers audiences a fresh and creative take on music and artistic expression. To turn it up loud and simply listen, enjoy and escape to; the music has its own voice and energy.

Alex J Angels; otherwise known as Aj Angels is a melodic R&B, a Pop singer who likes to be creative with his sounds and also rap as well. He was born in Queens, NY, and then moved down to Denver, CO at an early age. Aj has a unique sound and style that he credits to his foreign roots and family coming from West Africa. Lotto his first single which was produced by Aj’s brother Zaysoundz (Isaiah)garnered over 100,000 streams in not too long; Aj’s music got some attention on Soundcloud which then led to more singles and collaborations with industry producers and also being featured on a track that featured Riff Raff and himself as well.

The melody of the track is a familiar one, the classic pop and Hip Hop structure is immediately recognizable, though the songwriter’s approach to storytelling has that personal stamp all over it and really makes for a fresh bit of energy. The lyrics are unique and interesting, thought-provoking yet simplistic – easy to memorize and get into. Without a doubt, the song leaves you echoing its melody long after the music has stopped.

The melody of the song feeds into its simplicity further, the verses and chorus are made up of short, singular lines, with merely a slight change of pitch from one section to the other. The words used are poignant and in a way, this type of songwriting represents well the idea that less is more. Nothing is added just for the sake of filling out the space within the song – the space remains, it’s there for you to reflect upon the sound of the music and the ideas presented by the singer and songwriter. 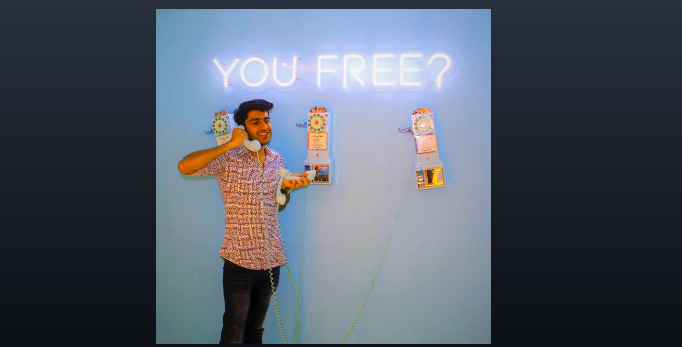