Every Step I Take by Charlotta Kerbs & The Strays

As with all genres of music, what works and what doesn’t is subjective and dependent upon the listener, the receiver. However, to press play and immerse yourself in Charlotta Kerbs & The Strays’s release “Every Step I Take” is fairly guaranteed to give any fans of pop music the beautiful yet authentic and melodic hit they’re been searching for, as well as something refreshingly satisfying.

Each and every element involved in this piece of musical artistry is the lyrics, and you really have to appreciate the detail, the storytelling, and the smooth and genuine movement from the past to the now within a less than four-minute space. From the light-hearted memories of the opening verse to the intensity and struggle of the later years, the pain, and then on to the peace, the reminiscing again of her strength, her positive influence. The arrangement of these lyrics works in unison with the development of the music and showcases sublime songwriting abilities and structural awareness.

The whole tone of the track and the performances keeps things mellow and the lyrics themselves wonder about the switch from the dream world to reality, only ever in a relaxed and carefree manner. The vocal features a few changes in tone and teeters between spoken word and melody on occasion. There are plenty of potentials, and the freestyle sound, if it’s an accurate representation, is a great way to keep on building those lyrical mountains and therefore locating the fire or the gold that lies within the creative output. The track offers the good vibes that classic pop was often about.

The track in its entirety has an impact. Occasionally there’s an inclination to tentatively lower the volume before diving into some newly recorded pop music, but in this case, the quality of the capture is phenomenal – the music screams out for you to maximize the volume and embrace the experience whole heartedly. Plus, there’s so much melody and passion – the sound is welcoming and inclusive, yet not at the cost of emotion and intensity. There’s also a lot about the lyrics that are worthy of your attention, and this distinctly enhances the song’s effect. The whole thing fills you with energy, it makes you live in the moment (which is occasionally difficult these days), and it’s a lasting effect. Charlotta Kerbs & The Strays are an impressive bunch of souls whichever way you look at it. 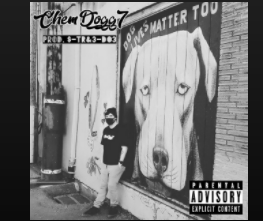