COMMON SENSE by A B

Glasgow’s A B leads with personality and flair throughout an irresistible bounce of the new single titled “COMMON SENSE,” injecting a substantial degree of identity into the present music industry.

Glasgow’s A B, who recently gained the notice of Kanye West’s label, is set to release his single ‘COMMON SENSE’ on Mixtape Madness, produced by @ransombeatz, with a music video directed by A B himself and shot/ edited by @up2stndrd. He is set to break out of the R&B underground scene with an artistic approach to his music. ‘Common Sense’ is an excellent example of his distinct style.

A B experiments with numerous sounds in his music; with North African ancestry, he moves effortlessly between genres such as Afro Beat, Rap, and RnB, all while showing his immaculate bars.

In 2021, A B published ‘G class’ and ‘2 Gully,’ demonstrating the level of originality through music. A B had a memorable year in 2021 when Dappy invited him to be his supporting artist on his ‘Duki Playground’ Tour. Touring throughout the UK, with stops in Glasgow, Newcastle, Liverpool, Nottingham, and Birmingham.

A B’s crowd-controlling, thrilling performances got him recognized, and he subsequently had offers to perform with ZieZie and Telford in Cardiff. His most notable performance to date was last year’s sold-out show at Manchester’s O2 Victoria, where he opened for Tory Lanez.

“COMMON SENSE” begins with a distinctive atmosphere, particularly catchy in its mix of a dreamy synth riff and strong rhythm, and then meanders through numerous vocal passages, accentuating A B’s naturally recognizable tone and grit in a variety of ways.

“COMMON SENSE” is a lovely song from the start, relaxing and enjoyable to listen to. However, as the song goes, it undeniably transforms into something altogether else.

The song progresses from moderately familiar and cozy to this infectiously joyful and addicting example of brightness and unity. The incredible vibes and positive energy emitted by the music and video are enough to brighten your day.

A B’s original music always leaves an impression in terms of performance and writing and in terms of structure, aim, and composition. “COMMON SENSE” speaks eloquently about the artistry and spirit that goes into it all—a beautiful song, timeless and powerful, immersive and engaging. 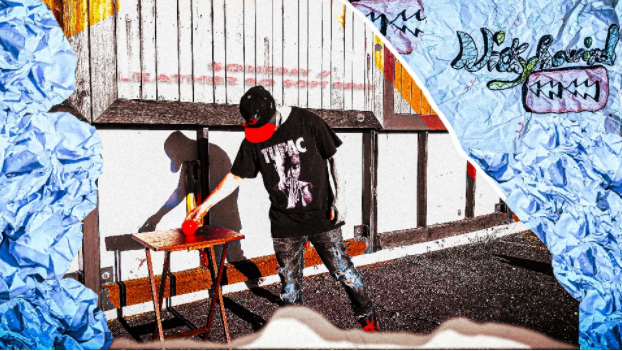