Beautiful composition and a warm, reflective writing style set the tone for this latest single from Philadelphia’s Majorkyz, “Come Up.” The song is a quiet meditation.

Majorkyz is a Philadelphia-based Trap and Hip-Hop performer who began music two years ago. Every song is from the heart. They’re all based on how he feels. His tracks on Spotify have thousands of streams, and he has many singles and albums. Also, his song “fake” got roughly 50k streams in a month. He writes, produces, mixes, and masters his own music.

A beautiful, mournful beat sets the tone for Majorkyz’s reflective return to the ’90s, complete with sweet synths and subtle levels of detail that effectively transport the listener to a dreamlike realm.

“Come Up,” which is initially compressed into a side-chaining rhythm to guarantee that it’s a tender, breathing, and living mix, has some supremely laid-back vocals from Majorkyz that go perfectly with the summery synths. It’s almost as though Majorkyz is lying next to the microphone, about to say them.

“Come Up,” which clocks in at a little more than three minutes, has been allowed to explore all elements of its classic hip-hop/melodic rap composition. There are moments of soulful, relaxing, and passionate singing that have not been subjected to a slew of effects and have retained their original human sense, such as the climax.

Incredibly fascinating, “Come Up” whizzes through in a little over three minutes, leaving you wondering if you blink and miss it. The mix itself is massive, with vast layers of sound compressed such that everything seems louder than everything else, and there’s a lovely sense of whirling excess about the whole thing, giving the listening experience a psychedelic taste.

Outstanding, a highlight piece from this year, and an excellent introduction to the artist’s work in general. Looking forward to future projects, which are likely to be as expertly constructed, as considerate, as surprising, and as musically fulfilling as anything you’ve found on this site. It’s essential to be aware of. 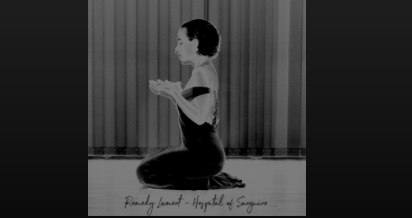 Remedy Lament by Hospital of Sanguine

Put in Work, by Ayo Spook