Catching up to me by Majorkyz

Another superbly created soundscape sets the mood dreamily as the vocal invites the other party to tell me all your problems – to bond, echo, and build something real.

Majorkyz is an aspiring Trap, Hip-Hop artist, and songwriter from Philadelphia. He has started making music two years ago. Every song comes from the bottom of his heart. They all are based on how he feels or how he thinks. He has released many singles, albums and his songs on Spotify count their streams in the thousands. Also, his song “fake” accumulated around 50k streams in one month is impressive. This talented young artist writes, produce, and mix and master his music.

The artist grew up in the hood that someone could go through some hardships that can’t be forgotten. with all these circumstances, Majorkyz has become a famous rapper in his hometown, and his last song reached out to him

Majorkyz lays out a brilliantly dreamlike set of vibes on this latest release. The song Catching up to me is amazingly charming, gentle in natural surroundings. The music is very calming and purposeful from an artistic outlook. The opening flashes of SHLEEP pass through almost half of the entire song that feels like indie-pop together with classic jazz-cafe yet with an air of experimental and, as suggested, dreamlike energy.

THAT GAZE passes the short pool to a charming and mellow finish. One more conceptually caring bit of writing develops by means of a pair of corresponding bars – seductive and heartfelt, honest and progressively relatable. 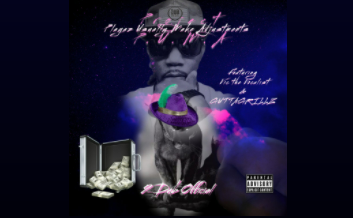 The Flame by 2dub Official