Well and truly keeping the impetus going and the desire high, Tony Lee King follows up his recent spell of new releases with an attractively melodic and heartfelt piece entitled Cant Go On.

Tony Lee King has five albums to his credit in his long career. He performed at many concerts and festivals throughout Europe, including France, England, Italy, Germany, Switzerland, and Austria. In addition to representing Croatia, he competed in the world’s most essential blues competition, the “International Blues Challenge,” in Memphis, the birthplace of blues. The legendary Bosko Petrovic first recognized Tony’s talent. Drazen Vrdoljak, one of the most influential music critics, dubbed Tony Lee King “the Croatian Blues spokesman” in 2000. Along with many blues fans, music critics, and radio editors worldwide, his virtuosity has been recognized by professionals – at the start of 2021, Tony Lee King received great recognition from the Croatian Blues Forces – he won the annual award for historical contribution to the Croatian blues scene. Of course, Tony has no plans to “stop” here; he is working on new releases and is a significant contributor to the vital position that the Croatian blues organization and artists hold on the European and global stages.

The vocals got a really attractive tone to them, and the use of vocoder-style autotune adds to their hook worth, to the point where it’s genuinely disappointing when Cant Go On comes to an end. Their melodies are steadily interesting and, hiding behind the satisfying and contemporary production hacks, is a very traditional song arrangement of verses, choruses, and a more broken-down bridge section.

A step in a slightly different route yet again, but as always – a crisp and skilled, enjoyable beat, worked upon with style by a pair of artists who know how to master their bars and write songs that arise as authentic, engaging, and relatable.

Finally Up by Rozay R8 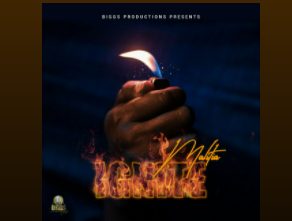