Ben Billz is an  Irish-raised Rapper now based in Glasgow, Scotland, and plans to take his music worldwide. 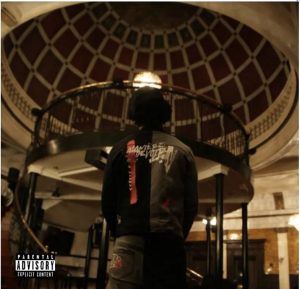 From came up from the poor parts of Ireland, dropped out of school at age 18, and decided he wanted to take this career to the next level as a way to escape the trenches. He moved to Glasgow at age 15 to start his new life over again from the life of crime and violence and decided it was now time to make a change in his life. But he did not learn his lessons later until he was 18 years old; by the age of 16 and only being in the UK for 3 months, he was already blacklisted and wanted by Scottish Police. Ever since then, he has been from location to location and has moved from flat to flat with his mother and siblings over 5 times in the past fours years, and now at age 19 he is entirely focused on music and has no plans on stopping, he truly believes that one day he will be a star.

Artist Bugzy Malone inspired Ben as he was a very relatable rapper to him. he looked up to him as he felt that they live the same life and went through the same situations in life, just that they have different backgrounds. He is also inspired by artists like 50 cents, Lil Wayne, and jayz as they were his role models growing up.

3YN flows on mellow soundscapes making the listener feel good and relaxed. Ben’s deep, straight and confident vocals shine the song with flawless lyrics. The song runs through a little less than 3 minutes—quite good music production for an upcoming artist.

Song of Israel (Change My Name) by Bull Jenkins